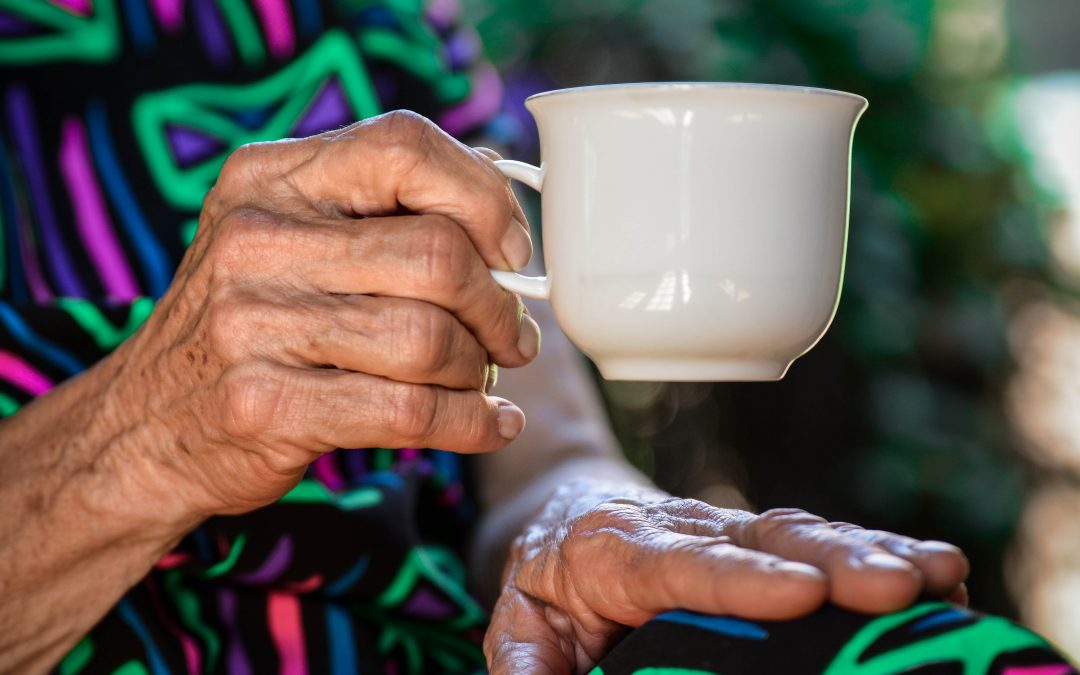 “It was early Tuesday morning and I was alone, working on my laptop at a coffee shop. Only a few days into January, the new year was still fresh. Decidedly, I had no resolutions in place, other than trying to keep up with the curve. I was moments away from packing up to head toward my office when my cell phone began to ring.  8AM is never a good time to get a phone call, at least not in my book.  I knew something was wrong.  My sister’s voice was dry on the other end of my hello. “Abuela… is dead.” I… paused to take in those words. My abuela, who had been at home in bed for months, had recently taken a turn for the worse. Death was something we knew that was coming, but not the something I prepared to receive. And to hear she was gone… Who knew one sentence, with so few words, could destroy so much?

My abuela was a sweet little lady. Sweet, but also stubborn. If there was something she didn’t want to do, you couldn’t convince her to do it. If there was something she was going to do, you couldn’t stop her. I mean, she could really be intense… Like that time one of my sisters and I were sitting with her at her dining room table. It was a summer day and Abuelita was lounging in her bata when suddenly (and I do mean suddenly), a grasshopper appeared at the far end of the table.  My sister shouted, “Abuela, look!” It was just one grasshopper, but this vile apparition was so large that it was a plague of locusts all on its own. This unholy creature entered unannounced, threatening the sanctity of our breaking bread.  My sister and I looked wide-eyed, holding our breath, like we were in a Jurassic Park movie. Maybe if we don’t move, it won’t see us.  When it crawled toward my grandmother, she gasped, jumped back and snatched off her chancla.  She rebuked the devil and stomped on his head with a pounding rhythm. “¡Te mato!” She said. “¡En el nombre de Cristo, te mato!” She kept that going for a couple of minutes…

Life without my abuela is an unresolved algebraic equation. The world still spins at the same speed and frequency, but something is off balance. Family is a big deal in my culture.  We were only a family of seven when we moved to Grand Rapids, nomads searching for where God would have us to be. When our small immigrant tribe drops by one, it feels heavy, like the empty space weighs more than breathing. Indeed, it has taken me a while to even process it, let alone write about it. But here I am, still spinning and trying to breathe.

We tearfully lowered my abuela’s casket into the hard winter earth, a few days after she passed into glory.  I remember there wasn’t much snow on the ground. The winter storms had yet to hit West Michigan. One of the guys from the funeral home asked if we’d like to throw dirt over the casket before it was fully buried. No one moved.

Then, after a great pause, I went forward. I heard behind me one of my sisters encouraging me to do what no one wanted to do; this was the same sister who called me at 8AM, and who witnessed with me grandma purifying her home from the locust plague so many summers ago.  “Do that, Rick.”  She whispered. She’s always been an expert at one-liners. And this one-liner would also not win an Oscar, but I felt her heart. I took the shovel and was the first to sprinkle earth on the casket. After what seemed like a silence of half an hour, someone came and took the shovel from my hand and did the same. Then another.  And another. Eventually, my eldest sister came forward.  With her husband holding her, she used her hands instead of the shovel to grab the earth. She dropped her tears and mud into the gaping hole. Everyone after her did the same. And our prayers of dirt of tears were presented before God.

My abuela was a believer in Christ. A life of faith in Christ was the only way she wanted to live. She knew that God was always at work and so much bigger than her. She was on her own for a significant part of her life and though she was never able to gain any formal education, she learned to thrive. Her children were her first priority. After her husband died, she came to the mainland U.S. as a young single mother from Puerto Rico, to help her family find a better life.  She struggled to be able to read the Bible in Spanish (English was a whole ‘nother issue). Nevertheless, on the summer evenings that I spent with her as a child, I would hear her reading through the Psalms in broken Spanish syllables. Then, she would come and tell me stories in Spanish, tales from life on an island I would have yet to know. But, it’s the sound of my abuela slowly reading the Bible that sticks with me.  I attribute part of my Christian journey to hearing her pray and trust God, while living in a place that was so foreign to her. She is my version of Abraham, Naomi and Ester.  When I close my eyes, I can still hear her reading the Psalms.  And I am blessed.  And  I hope that I can honor my abuela by living a life worthy of my calling, just as she did with hers.